Better late than never.  President Bush, today, finally took responsibility for government failures in the aftermath of Hurricane Katrina.  Keep in mind the Hurricane blasted through Louisiana and the Gulf States two weeks ago and he has received intense criticism from the media, Americans and some members of his own party - not to mention the fact that his poll numbers continue to plummet.

"Katrina exposed serious problems in our response capability at all levels of government," Bush said at a joint White House news conference with Iraqi President Jalal Talabani.  "To the extent the federal government didn't do its job right, I take responsibility."

Now let's hope that Mr. Bush does the right thing and investigates the horrible government failures  and makes the necessary changes in the Department of Homeland Security and the Federal Emergency Management Agency (FEMA) before another catastrophe occurs and more lives are lost.

Keep in mind Hurricane Ophelia is bearing down on the Carolina Coast, at this writing, and hurricane season doesn't end for another 2 1/2 months. Sobering isn't it?

Spin, spin, spin.  The Congress is back in town, and instead of taking a fair, unbiased look at the federal government's failure to respond adequately to Hurricane Katrina, partisan politics is breaking out all across town.  Republicans create a panel to look at the response effort, but don't consult Democrats.  Democrats refuse to participate because they were not consulted and will not have bipartisan 'subpoena' powers, or an ability to sit on panel balanced with equal numbers of Democrats and Republicans.  Republicans accuse Democrats of playing 'partisan' politics when Democrats question the Administration's response to the Hurricane.  The President launches his own investigation:  'we'll investigate the administration response ourselves'.

Back and forth, back and forth, like a tennis match.  For goodness sake!  It's not lost on Americans across the country that the Republicans control everything in Washington:  White House, House and Senate.  The White House (with the President's inquiry) and the Republicans (with their inquiry) seem to be saying, 'we'll handle it':  kind of like the 'accused' in a trial saying "forget about the judge and jury let me 'try' myself.  I'll be fair, thorough, un-biased, and I'll do the right thing, just leave it to me".

Memo to the President and Congress:   Please appoint an independent, non-partisan, un-biased commission, like the 9-11 Commission, so that Americans can feel secure in knowing that a fair, un-biased, comprehensive investigation will be launched and completed.  To do anything less is a travesty.  To do anything less means that the federal emergency response problems could continue without correction, thus jeopordizing more American lives in future natural or man-made disasters.

'Come on Washington.  Do the right thing for the sake of our country'.

The following excerpt from the Associated Press (AP) speaks for itself . . .

Houston, Texas (AP) - Former Presidents Bush and Clinton got smiles, hugs and requests for autographs when they met with refugees from Hurricane Katrina - but it was Bush's wife who got attention for some of her comments.

Barbara Bush, who accompanied the former presidents on the tour of the Astrdome complex Monday, said the relocation to Houston is "working very well" for some of the poor people forced out of New Orleans.

"What I'm hearing which is sort of scary, is that all want to stay in Texas.  Everyone is so overwhelmed with the hospitality," she said during a radio interview with the American Public Media Program "Marketplace".  "And So many of the people in the arena here, you know, were underpriveledged anyway, so this is working very well for them."

Her comments came as the two former presidents visited with hundreds of 23,600 hurricane refugees and announced the creation of the Bush-Clinton Katrina Fund.

Mr. Bush, I'm happy to see that you returned today to states devastated by Hurricane Katrina and its aftermath.  It appears you and your folks are finally starting to take this catastrophe seriously, and federal manpower and assistance is now pouring into the ravaged communities.  I agree with all who say that America's attention should be focused on saving lives, helping the victims and cleaning up and re-building devastated communities.  But, Mr. Bush, that doesn't mean that Americans are going to forget that you, FEMA, Homeland Security, and the rest of your folks failed miserably to prepare for Katrina, and to assist with rescue and relief efforts in the immediate aftermath of the Hurricane and levee breaches in New Orleans.

Mr. Bush, tomorrow the Congress returns to work in Washington, DC.  It's not too early for the House and Senate to start asking the tough questions - mainly the really big one:  How did the only remaining superpower, the richest, most prosperous, educated, skilled country in the world so miserably fail its citizens at a time of such great suffering??

I'm also hoping, House Speaker, Dennis Hastert has done some soul-searching about his comments immediately following the Hurricane.  Mr. Hastert felt that much of what he saw in should be bulldozed in New Orleans.  He questioned whether it was a wise use of federal funds to re-build a city situated below sea level in a hurricane zone.  I quote, Mr. Hastert, "It doesn't make sense to me."

Well Mr. Hastert, you should be ashamed.  New Orleans is home to thousands of Americans - many of whom want to return someday to their homes after the city is rebuilt.  New Orleans, one of America's oldest cities, rich as it is with history, should be re-built the same way we re-built New York City after 9-11, California communities after earthquakes and Florida communities after Hurricanes just like Katrina.  Shame on you Mr. Hastert, I hope you've re-considered your position.

Tomorrow, when the Congress returns to work I hope Members begin investigations into 'how our goverment could have done better', so that we can 'do better' in the future.  Specifically, regarding New Orleans and its levee breaches - they need to ask the Bush Administration why it has repeatedly lobbied against Army Corp of Engineers' requests for funding to improve the levees that hold back Lake Pontchatrain.

According to the Washington Post, Mr. Bush and his crew, just weeks ago in July, lobbied unsuccessfully against 1-billion dollars in funding to re-build coastlines and wetlands that serve as a buffer against Hurricanes.  Mr. Bush, now that the eyes of America and the world are on you, are you going to do the right thing and spend the 14-billion dollars that experts say is needed to fully restore the coastlines and wetlands, and repair the levees so that New Orleans won't suffer this same fate in the future?

For now, Mr. Bush, you and your folks must keep your undivided attention on helping the Americans who have just suffered through this catastrophe and are now homeless.   They've already suffered  enough and their future is in your hands.   You've already failed them once, and Americans aren't going to forget that.  At the proper time you and your folks must be held accountable.  Without accountability the suffering was for naught and other Americans could oneday in the future suffer the same horrible fate. 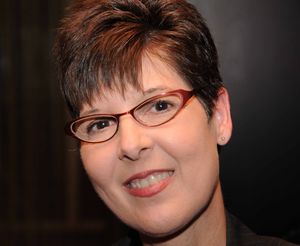